A witch, by an old footbridge!

Been working on the nature  (grass, trees etc.) on this illustration and it’s coming along nicely.

It’s been almost three years since I started working on my book “Pete and the Enchanted Book”. And it was only today that it hit me – I’m actually getting somewhere. Writing and illustrating a picture book is such a humongous project that getting to the end is not something I care to think about because the end always feels so far away.

But today I realised that I’ve reached an important milestone. The drafts for most illustrations are done. I still have loads of work left – but we’re talking months not years now. Not even a year! Now that put a smile on my face.

Anyway, here’s the latest illustration that I completed this evening. 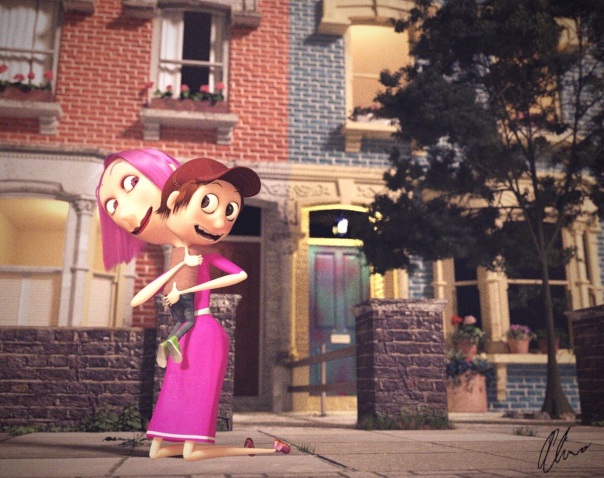 Pete and the enchanted book 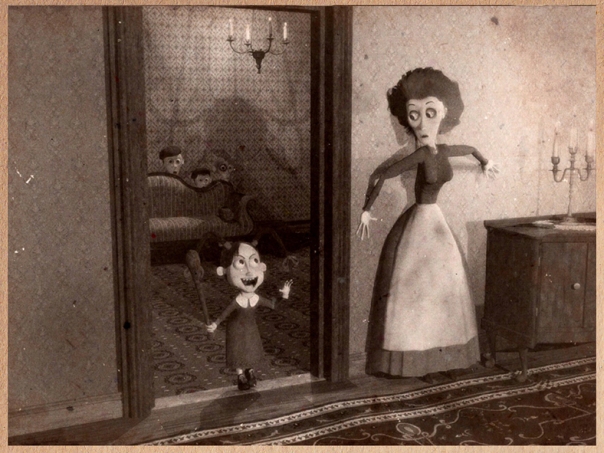 … well, at least that’s what it feels like!  In the past 10 months I’ve learnt a lot of new tricks and techniques about illustrating in 3D.  These have given me a few thoughts about my Amelia Dyer illustrations. Looking at them now, just over a year after completing them, they look a bit amateurish and flat.

So I now have this little nagging voice in my head saying I should redo them all, and start working on the 2nd edition of my horror story. The Amelia Dyer story is my most successful picture book in terms of sales so I feel obliged to improve on the illustrations in the book.

I’m currently working on my third children’s book so this must be prioritised.  Once I’ve completed that, rather than start on a new original story, I will go back to my Amelia Dyer’s illustrations. Although it feels like the work is never ending, I’m pretty much looking forward to revising and improving the illustrations.

It feels like I can’t escape the ghost of Amelia Dyer.  It’s forever drawing me back; it’s the Amelia Dyer curse! 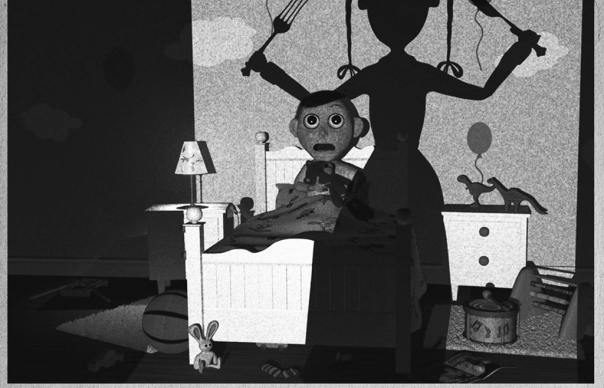 because hugs are lovely and it’s Friday folks! 🙂

Posted in Pete and the Enchanted Book, Uncategorized

How do you consume your media?

According to an article in the Daily Telegraph, our traditional TV viewing habits are changing dramatically. It is noted that: “major shift in viewing patterns persists after so-called millennials get their own home and have kids”.

I came across the article just as I had just started to illustrate the part in my book where millions of people across the world fall under the spell of Pete’s enchanted book, when the spell is broadcasted around the world.

Personally, I don’t consume media exclusively on one device and these days it’s pretty safe to say, that’s true for most people. I guess that how we consume our media depends entirely on the type of media and the situation / environment we’re in, so my illustrations reflect that, I hope. 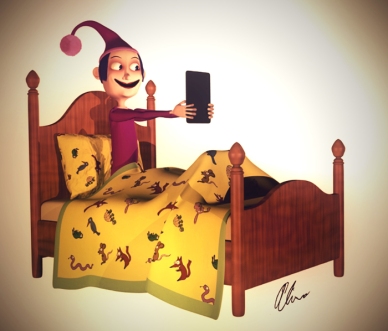 Although the Telegraph article is mainly talking about the millennial generation (people born in the early 1980s to the early 2000s) I would argue that today’s major shift in viewing patterns is not exclusively applicable to them. I’ve seen the changing viewing patterns of my parents who, in their early 70s, have abandoned the traditional way of consuming media (newspapers and TV) for the internet, devouring their news and entertainment on laptops, mobiles and tablets.

Changes in the way we consume and share information have changed at incredible pace.  Just think – in 1982 in the UK, there were just three TV channels that, like the pubs, usually ‘closed down’ at about 11pm. By 2002 major consumer brand owners could no longer advertise on TV effectively anymore – not only were there numerous competing channels, but a wide number of media appliances competed for the general public’s time too, like DVDs and with the arrival of the internet, computers.

Then came social media and suddenly people spent more time in front of the computer screen than the TV, interacting and connecting instead of sitting passively on the couch. By 2014, there were six billion mobile phones in operation, worldwide. Thirty-two percent of the world’s population has Internet access, and is rising faster because you no longer need a computer for media consumption.

This fast pace of change has a moral for artists. Certainly, what I’ve learned from illustrating this particular section of my picture book is that including today’s gadget is not necessarily a very good idea if you want your story to have relevance and longevity. I’m certain that in a few years’ time my illustrations will look very dated. But I’m curious to see how thechnology and the way we interact with it, will develop over the years to come. I’m sure a revised edition of my book will be necessary in the not too distant future.

I’m currently in the process of testing out different styles for my latest picture book, entitled Pete and the Enchanted Book. Mostly I’ve been concentrating on the style of the characters, which are a bit more detailed than the ones in my Amelia Dyer story. This is mainly because I’ve learned a bit more about modelling and texturing since I finished work on Amelia, so I’m putting these new skills to work.

Pete and the Enchanted Book contains several characters. The picture below introduces the TV crew, which has a small but very important role in the story of Pete. When they appear in the story, they will be reporting outdoors, but I wanted to experiment and play a bit with the lamp settings in Blender, so I built a very simple TV studio background, to allow me to play a bit with lighting and colour. 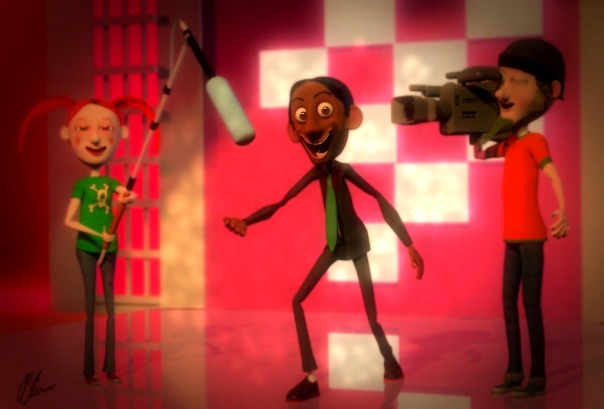 In the last couple of years, I’ve learned just how important lighting is and the difference it can make to a 3D render. Lighting a 3D scene is an area I would like to learn more about, so I’m hoping to find a course or book in the next few months that could teach me more about this.

This is probably my last blog entry before Christmas and New Year, so Happy Christmas to you all and thanks for following / reading my posts in 2015.

Posted in Pete and the Enchanted Book, Uncategorized

Illustrating “Pete and the Enchanted book”.

My first illustration of my new picture book is almost complete. Below is a little movie that I made, to show the different stages I go through when creating an illustration using Blender.

Here’s the book trailer for my Amelia Dyer picture book.

Note: the book is part of my horror vault stories and is unsuitable for young people. 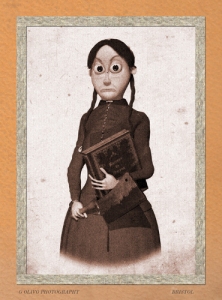 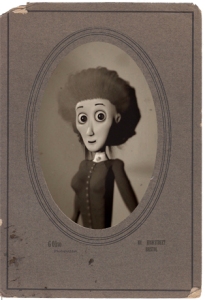 In the last couple of days, I’ve been designing a website for my picture book “Amelia Dyer” and it’s coming along quite well. The intention is to put up the story online for anyone to read, but also make it available as a physical book and ebook for those who would like to purchase a copy. You can check out the website here http://ameliadyer.weebly.com/